Why Import From China?

The first question that comes to my head is why exactly import from China? China remains the number one destination all over the world. The country has quite a lot to supply international corporations in terms of production choices. we will be happy to offer you more insight.

China’s role as a world economic power is currently stuck. After moving from an economy closed to international trade to an open and market-oriented economy, China is currently at the top of the list of nations trying to expand and invest internationally. China started political and economic reforms since 1979, however, it had been not until the early 1990’s that a new period really began for China. State-owned corporations had to reform and the market economy got going underway. Corporations went public and shares were allowed to be traded. China is currently in a period when it’s necessary to seek out a balance between the individual and the economy. There’s always written concerning the “income disparity” by the news： the widening gap between the rich and the poor could be a major challenge for China.

The benefits to import from China

The benefits of importing from China are obvious. The most necessary issue is that doing business in China saves plenty of production and development costs compared to any other country. It takes a lot of patience, understanding, and energy to do this, however, usually this is worthy.

China has a lot of low-cost labor. Not just for the producing industry, but also for the knowledge-intensive sectors like engineering, for instance. Doing business in China offers international corporations access to a huge pool of workers at comparatively low labor costs the same as highly-skilled, talented staff. According to the BBC, China has the biggest high education system in the world. Both in terms of total enrollment and the number of students with an academic degree.

Although the middle class in China is growing, the advantage of low-cost labor remains for the present. There are around 800 million rural Chinese who wish to work as migrant laborers at low-wage factories. This cost-technical benefit that this group of Chinese provides will definitely remain to exist for another ten to fifteen years. What we do see, for instance, is that a plastic supplier of ours has moved its facility from Shenzhen to the town of Dongguang as the wages at that location are lower, even though it’s not that far apart. Today, rising labor costs are a preferred topic in the media, however, despite rising, China remains a comparatively best (buying) country for many industries. Production in China moves to the inland area

Much of the production takes place on the east coast of China. Here one has very nice infrastructure. As one moves to the inland area, the product quality deteriorates and meanwhile, the transport costs become higher. But still, production in the interior is increasing and factories plan to move there to balance the rising costs on, among other things, wages and land.

In general, the inland is less developed than the east coast areas. This has an effect on the sourcing and production process in many ways.

The production history of China

To understand how production has spread in China, let’s take a look at the background. Before China opened its doors to the world, HK was the destination of production for the foreign markets. Only when China was opened by Deng Xiao Ping in 1978 did a new era begin for HK. Abundant of the manufacture moved to the so-called Zhujiang Delta in Guang Dong Province. Later, so as to achieve more cost savings, other production provinces became the destination of choice: Fujian and area around Shanghai (like Changshu town). These regions currently have full experience and convenient access to raw materials.

Now that they require to achieve further price savings once more, production is being moved to areas like Sichuan, Shanxi, and Hebei province. However, this doesn’t come with no risks. In these areas, there’s much less experience and the level of technology is much less than the regions on the east coast. It’s more difficult for these new regions to get raw materials and experienced employees with suitable skills. This makes it tougher to make the right product here compared to the more experienced regions. Workers are also more familiar with your expectations as a foreign client, where you have decades of experience in production for the foreign markets.

It is tougher to achieve the right quality with a manufacturer who doesn’t understand precisely what you expect from him.

It is better to go through the same procure process well prepared, and part of this is to properly conduct your supplier analysis. By this, we mean to go to the suppliers in person and to assess the production abilities. Prepare the right documentation and make agreements for both the positive and the negative scenarios. There are always problems to import from China

Assume that you do business in China, it will forever be issued during production， from small issues to bigger ones. But you may never be notified of any issues. It’s necessary to have a relationship with the manufacture that they’re going to ask for your help once they are not able to resolve the problem on their own instead of keeping you on the line till a delay, for instance, has become insurmountable.

Factories are a lack of people who are allowed or willing to make choices within their organization. If you have got a contact person within the manufacture, we assure you that they’ll organize everything for you. You may not get along with people who speak to you but in the end, he cannot make choices or change anything.

In most countries, the use of a contract is of good importance and is really adhered to. However, this is not often the case in China. The contract doesn’t always confirm what’s going to actually happen. It’s so important to pay attention to what’s happening in the manufacture in order that changes could be made on time.
For instance, only to check when production is already finished. Then there’s a big possibility that the factory will no longer want to improve the products if you find defects since they’re going to have double costs. that’s why it’s necessary to check the parts to be assembled and the finish goods before or when production is just beginning, and where necessary, provide guidance. We’ve been able to avoid incorrect productions by checking on time.

We offer you a solution

RedSheep Trading is happy to assist you to import from China. Since we’ve been in factories in China for more than 10 years, we know better than anyone else what the factories are. Thanks to our local relationship, we know Chinese customs and we have a large Chinese network that we are able to rely on. we’ve got an efficient team of both European and Chinese employees that work every day to guide all your orders with the best solution and to be able to ship your goods on time with the agreed quality level, so you’ll be certain that your business is in the right way. Be promoted and therefore have a bigger chance of success.

More information on importing from China?

Do you wish to know more about doing business in China and need to act quickly and effectively? Feel free to read more on our website or contact us directly. we are glad to assist you to import from China successfully. 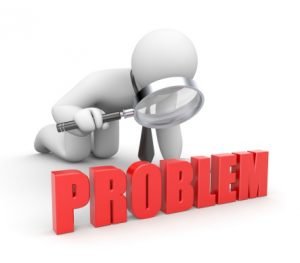 The Importance of Order Monitoring – Why do Suppliers Always Delay? 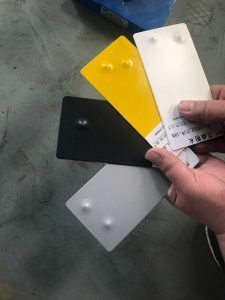 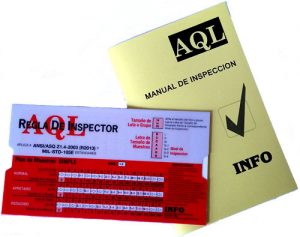 How Does a Buyer Work by Using AQL? Why Import From China? Should I Kick My Agent in China Out?